Lydia Gieselmann works as a program manager and content creator in NRK Unormal, a program that via various platforms speaks openly to young people about body, identity, sex and psyche. Prior to this, she was host of NRK Newton, where in 2020 she was nominated for the Golden Route in the category Best host - news, sports or current affairs.

Ida Maria Pinnerød is mayor of Bodø (AP). She has been mayor for the past six years, and served on the city council for 10 years. She is also the leader of the Salten regional council, which consists of 10 Salten municipalities, has been the leader and deputy leader of the Nordland Labor Party, and served five years on the Labor Party's national board. Today she also sits on the board of Tankesmien Agenda, and Northern Norway's European Office. Pinnerød has a master's degree in languages from the University of Tromsø, and has 10 years of experience from the higher education sector before she was elected full-time. She is married and has three children, and in her spare time, outdoor life is at the top of the list. She is concerned with the region's opportunities, and is passionate about a vibrant Northern Norway and cooperation across national borders. She was among the mayors who formed the Arctic Mayors Forum (AMF) in Alaska in 2017, and as mayor she also led the work from Bodø's side when the city was chosen as European Capital of Culture 2024. 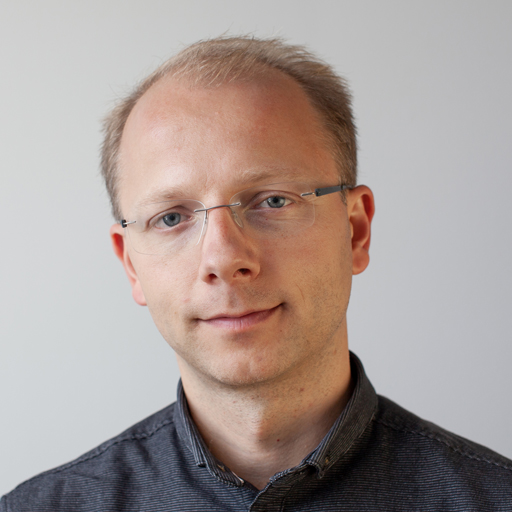 Bjørn H. Samset is a physicist, climate researcher and professional communicator. He works at the CICERO Center for Climate Research, and has led the work on one of the chapters in the recent report from the UN Climate Panel. He recently published the book «2070. Everything you wonder about the climate crisis and how we can get past it. " Samset has been an active part of the Norwegian climate debate for a number of years. 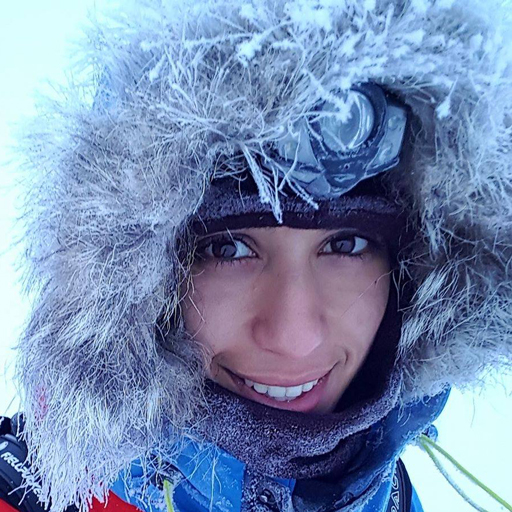 Amy Mir , also called The Expedition Girl on Facebook and Instagram. Born and raised in Stavanger, but with Pakistani roots. Trained carpenter and petroleum technician. Tour leader and course leader in the Norwegian Tourist Association. Works as an HSE consultant at Rosenberg. Amy is known from the TV series Familiekokkene and the program Festen efter fasten . Love hairy goals! 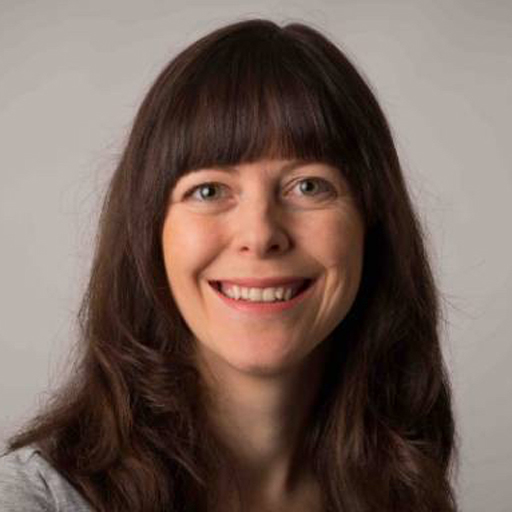 Tiril Skarstein is the media manager at the Norwegian Refugee Council, working to create awareness about the world's most forgotten refugee crises, and to strengthen the rights of refugees. She is passionate about good communication and debate on development aid and development policy. 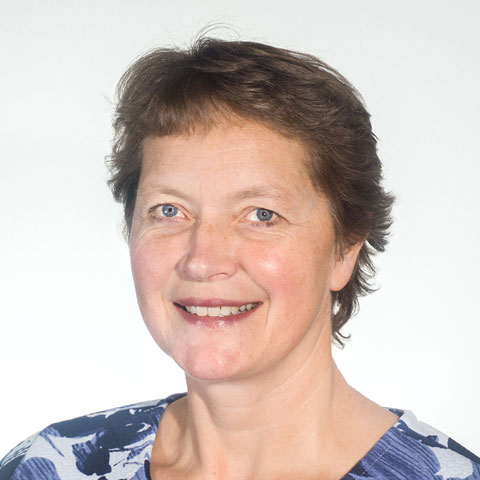 Hanne Solheim Hansen has been Rector of Nord University since 2019, and has held various leadership positions in academia over the past 12 years. She has held all levels within academic management as study leader, dean, vice-rector and now rector. She has her basic education cand. Agric. in Animal Nutrition from 1988, and took his Ph.D. in livestock nutrition with research work in the sale of radioactive cesium in livestock. She then worked as a researcher at NMBU until 1995. She was an associate professor at Nord-Trøndelag University College (Nord University) from 1995 to 2007. She also has experience as a guest researcher at the University of Maryland, and as a senior advisor at the Directorate for Radiation Protection and Nuclear Safety. 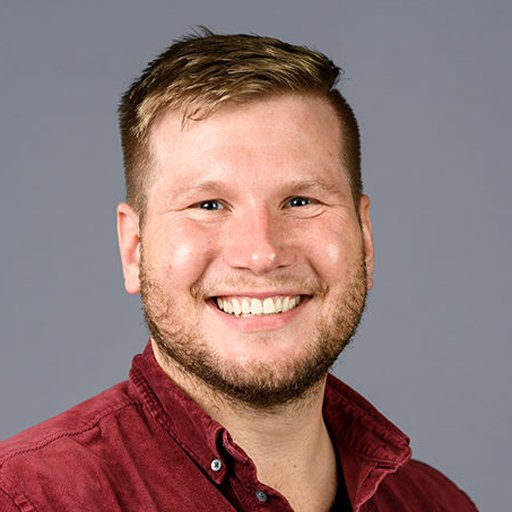 Alexander Harald Sandtorv
Alexander is an associate professor of organic chemistry at the University of Oslo, columnist, author, podcaster and communicator. He believes that science can save the world.

Sofie Nordvik
Sofie is a climate activist who has long followed the climate summits at the UN, which demonstrates against fjord landfill from mining, and who on a daily basis lives on surplus food from rubbish bins. She thinks we can create a better society through the way we manage to solve the climate and nature crisis, but it requires that young people are both listened to and taken seriously. 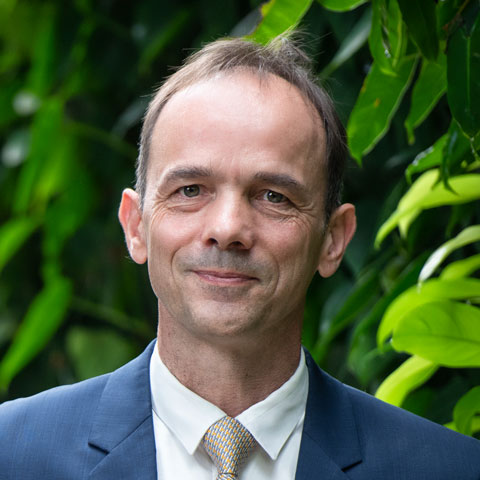 Marc teaches and coaches business students, senior executives, and board directors on the exercise of wise power in decision-making, governance, sustainability, and ethics. His thinking and pedagogical approaches have inspired leaders, organizations, and directors in search of both performance and meaning.

As a decision scientist, Marc's research is focused on the theory of choice; the confluence of rational thinking and ethical values in decision making, and the use of mathematical theories to articulate the subjectivity of human behavior.

As a former professional rock climber, Marc has traveled extensively, opening and repeating some of the most renowned and hardest climbing routes in the world. He chairs the Ethics Commission of the International Federation of Sport Climbing.

Marc Le Menestrel holds a Ph.D. in Decision Sciences from INSEAD. He has a graduate degree in Business from the Paris Graduate Management School and an undergraduate degree in Mathematics and Physics from University Paris VI. 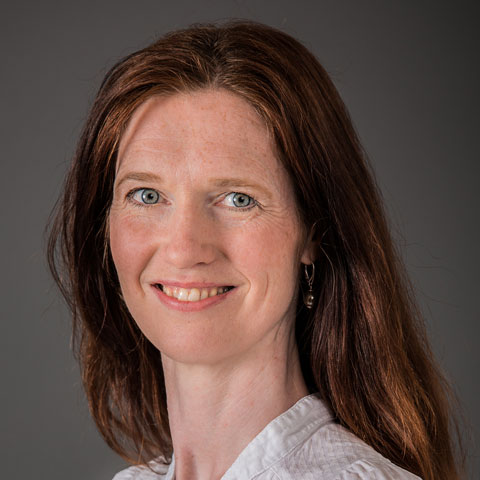 Kjersti Thorbjørnsrud is a political scientist with a Ph.D. in media studies. She researches issues related to freedom of expression, political communication, public debate and media influence, at the Department of Social Research. Thorbjørnsrud has particularly focused on the boundaries that regulate public discourse in various media and various forums, and how these norms are justified and change in a new media landscape. She is currently leading the Fritt ords Monitor project on the status of freedom of expression in Norway. 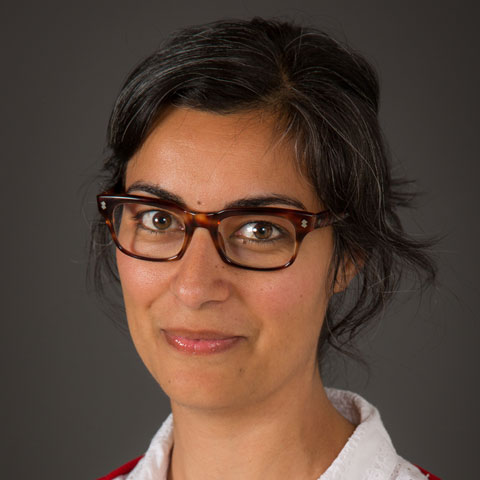 Marjan Nadim is a Ph.D. in sociology from UiO and researches topics such as hate speech, freedom of expression, and ethnic and gender equality in working life, at the Department of Social Research. Nadim is the editor of the Journal of Social Research. She has been a member of the Norwegian UNESCO Commission (2013-2020), and was also a member of the government-appointed Gender Equality Committee which submitted two public reports: NOU 2011: 18 Structure for gender equality and NOU 2012: 15 Policy for gender equality. Nadim has a master's degree in social psychology from the London School of Economics (LSE) and she is part of CORE - Center for Gender Equality Research and NORDICORE. 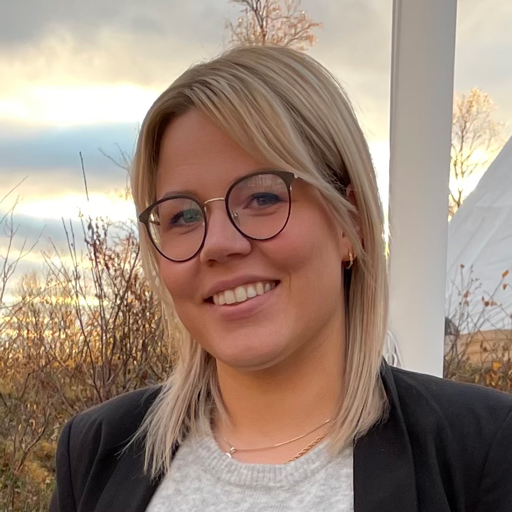 Ann Catharina Lango
Head of Ovddos, the restructuring program in Kautokeino. Ovddos is a Sami word for the future , and we are working precisely with social and business development in the future. In addition, I am a reindeer herding Sami, have a master's degree in economics, and am particularly interested in innovation and development of Sami industries and areas. 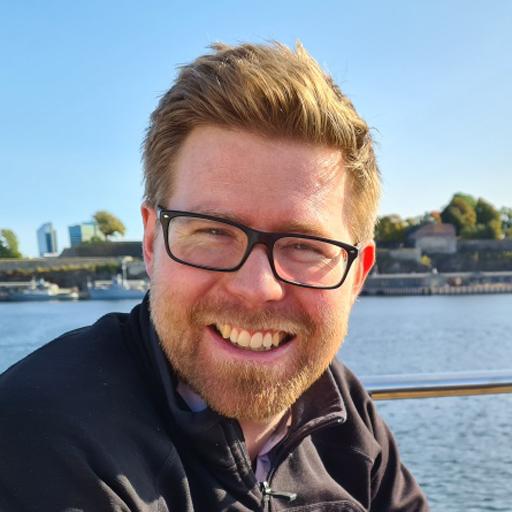 Eivind Fjeldstad
I am a happy weekender who daily works to create opportunities, more trade and better cooperation between Norwegian and African business in NABA, which I established in 2011. I am a co-founder of SeilNorge which creates experiences along the coast of northern Norway. I am the father of Storm and Mikkel, married to Sigrun and live in Oslo. 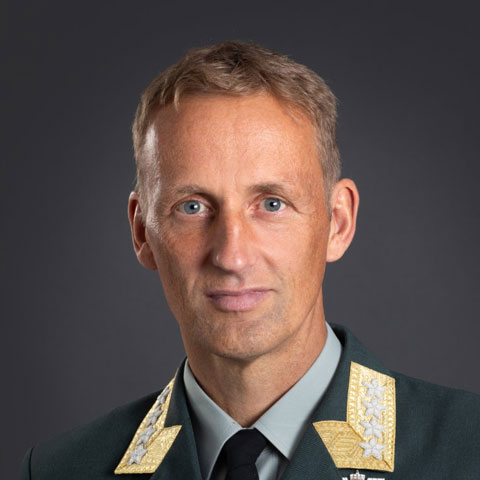 Eirik Kristoffersen was born in Narvik on April 3, 1969.

Kristoffersen attended the officer training for the engineering weapon in 1989. After completing the officer training, his first position was as a team leader in the Engineering Battalion in Brigade North. He graduated from the War College in 1995, and has since completed both the United States Marine Corps Command and Staff College (2008-2009) and the United States Army War College (2014-2015).

General Kristoffersen's first international deployment was the United Nations Interim Forces Lebanon (UNIFIL) in 1991. He has several deployments to Afghanistan. Among other things, he has played a key role in establishing the mentoring program for the Afghan security forces, and served in the International Security Assistance Force (ISAF) and Operation Enduring Freedom.

In 2011, he was decorated with the war cross with a sword for his efforts in Afghanistan. This is the highest ranked defense medal in Norway.

General Eirik Kristoffersen took over as Chief of Defense on 17 August 2020. He is the foremost military adviser to the Norwegian government.

He is married to Linn Therece, and has four children. 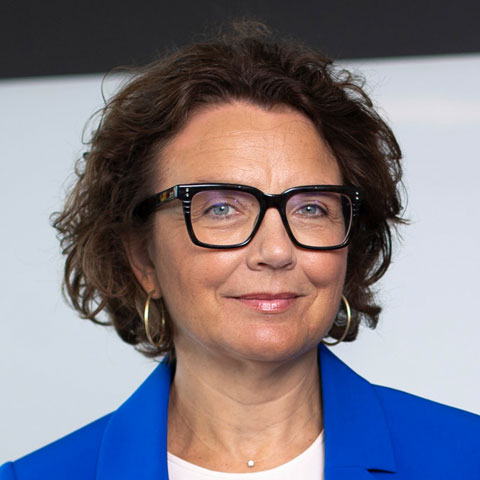 Tone Wille has been employed by Posten Norge AS since August 2006, and was appointed CEO in 2016. She started as Director of Finance and Corporate Governance in the Post division and held this position until 2012. From 2012 to 2016, she held the position of Executive Vice President / CFO. She has previously held senior positions in Norfund, Elkem ASA, GE Energy (Norway) AS and in the Kværner Group. She has extensive board experience from a number of companies. She is now a board member of Fjordkraft ASA and the Employers' Association Spekter as well as in Shift - "Business climate leaders". Wille has a master's degree in economics from the Norwegian School of Management. 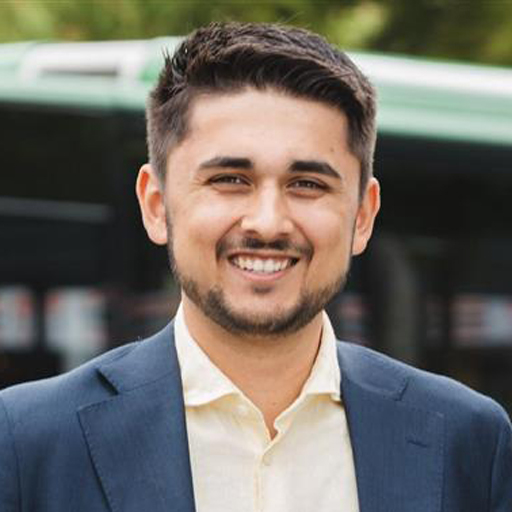 Jonas Andersen Sayed
My name is Jonas and for the last two years I have been mayor of Sokndal municipality in the far south of Rogaland. Not done very much before that, but has a period in the municipal council behind me, as well as various positions in KrF and KrFU. Semi-educated political scientist who still wonders what I will be when I grow up. 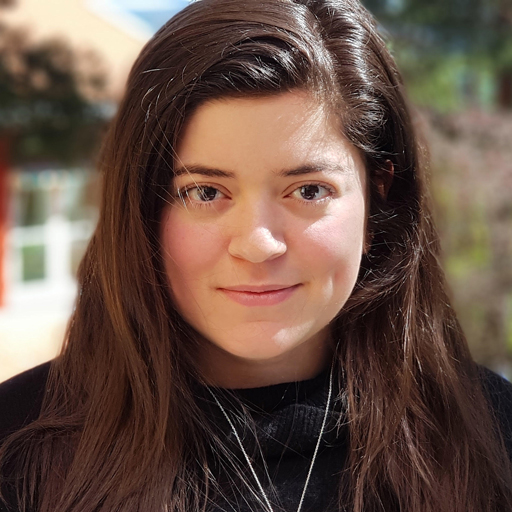 Nancy Herz
Nancy Herz (b. 1996) is State Secretary in the Ministry of Labor and Social Inclusion, for the Minister of Labor and Social Inclusion Hadia Tajik. She is a Norwegian-Lebanese who grew up in Haugesund, and has previously written the books Shameless and Shall you not get married soon? about shame, honor and negative social control, and made the TV series Shameless . In 2020 to 2021, she chaired the Youth Freedom of Expression Council. 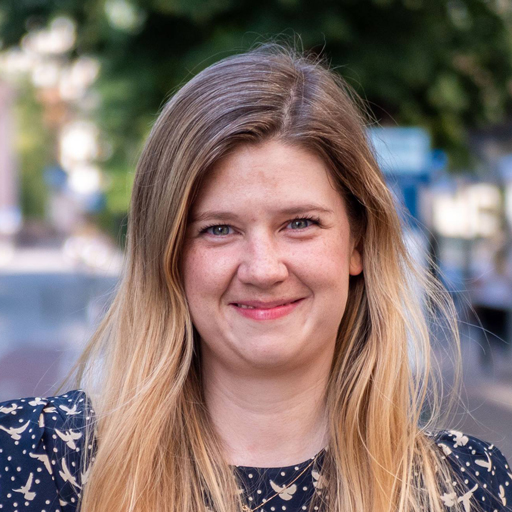 Sofie Høgestøl
I am an associate professor of law at the University of Oslo, where I research and teach law. I am also a deputy representative of the Liberal Party in the Storting. 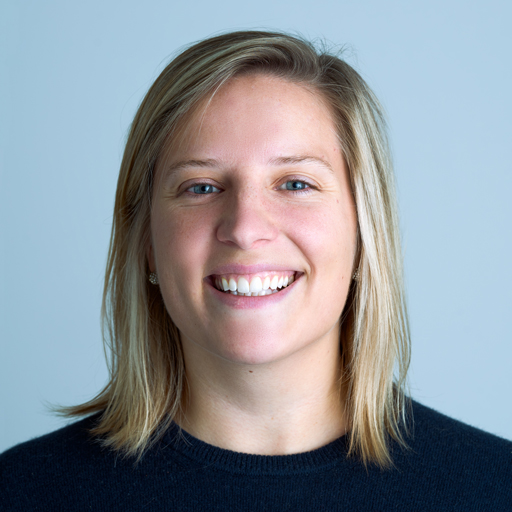 Elin Ågedal Sandnes
I lead group strategy in DNB. The best thing about the job is that I am constantly learning something new - from technology to regulation and everything in between, that I am close to the economy in Norway, and not least get to help shape the bank of the future. Before DNB, I was a partner in McKinsey and also worked a lot with strategy. Outside of work, I love sailing, traveling and reading books. 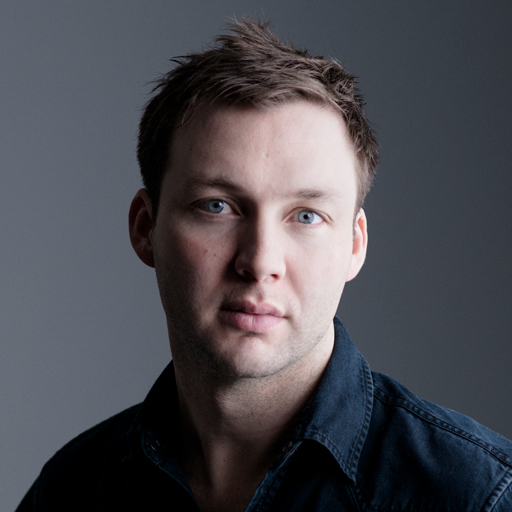 Henrik Sand Dagfinrud
Educated from the Norwegian Academy of Music, and has worked for more than ten years as a freelance professional singer. Has on behalf of Bodø municipality led program development for the EU application ARCTICulation, and from 2020 entered the position as program manager for the community development project Bodø2024 , European Capital of Culture in Bodø and Nordland in 2024. 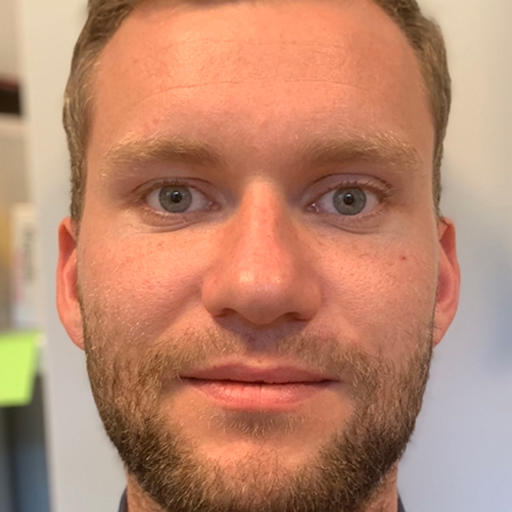 Eirik Bøyum Ulvund
28 years. Growing up in Voss. I am an assistant professor at Ny Krohnborg School in Bergen municipality, a multicultural school in an area with living conditions challenges. Is a contact teacher for 8th grade at the school, and teaches mathematics, science, physical education, educational choices and outdoor life. After school, I rented a youth group in the "FLYT" project, a project under the auspices of the Crown Prince Couple's Fund. 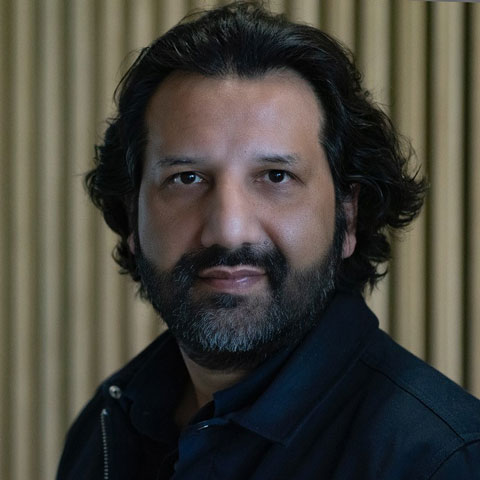 Kadafi Zaman has been a news journalist for 20 years. He has covered everything from serious crime in Norway to crises and conflicts abroad. The TV 2 reporter recently published the critically acclaimed book The Norwegian Dream .